Dr. Richard H. Linton serves as the 15th president of Kansas State University. He holds a bachelor’s degree in biology, a master’s degree in food science and a doctorate in food science, all from Virginia Tech University. He participated in the Food Systems Leadership Institute from 2009-2011 and completed the Harvard Graduate School’s Institutional Educational Management Program in 2018.

Before coming to K-State in February 2022, Linton served as dean of the College of Agriculture and Life Sciences at North Carolina State University from 2012-2022, as department chair of food science and technology at The Ohio State University from 2011-2012, and as a faculty member of the department of food science at Purdue University from 1994-2011. While at Purdue, Linton also served as the founder and director of the Center for Food Safety Engineering and as the associate director of agricultural research programs.

As dean of the College of Agriculture and Life Sciences, or CALS, at NC State, Linton led a college of over 300 faculty, with more than 3,000 undergraduate students and 1,000 graduate students. Under his direction, the college developed a new strategic plan focused on building people, programs and partnerships. Collaboration with industry and government were critical to the mission of the college, and Linton’s dedication was demonstrated through the NC Plant Sciences Initiative and the NC Food Processing and Manufacturing Initiative, two endeavors that have the potential to create jobs, find solutions to global challenges in agriculture and foster support for local growers. During his tenure at NC State, competitive research for CALS reached $100 million a year and his college raised $482 million for the NC State Capital Campaign.

Linton held many important leadership roles in addition to serving as dean. He continues to serve as a member of the Food and Drug Administration’s Science Advisory Board, as well as the chair for the Binational — Israel/U.S. — Ag Research and Development Fund, a role to which he was appointed in 2018 by the U.S. secretary of agriculture. He also previously chaired the North Carolina Governor’s Task Force on Food Manufacturing and the APLU-Healthy Food Systems, Healthy People Steering Committee.

President Linton and his wife, Sally, an ADHD/executive function life coach, have two children: a daughter, Lily, and a son, Chris. 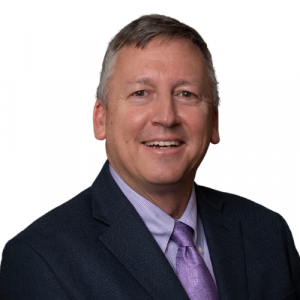