Michael Helmstetter, Ph.D., founder and president of TechAccel, spoke today at the opening of the Animal Health, Nutrition & Technology Innovation conference in Boston.

His talk, on the Challenges of Zoonotic Diseases and the Future of Biosecurity in Animal Health, offered a quick primer on zoonotic disease, referencing our recent collective experiences with COVID-19 (a zoonotic disease) as well as monkeypox and other emerging diseases. Of the estimated 40,000 virus species in mammals, 10,000 are expected to be zoonotic or able to infect humans.

The cost of zoonotic disease is enormous, with some estimates placing it at $500 million a year globally in terms of lives lost and economic impact. The estimate does not include the trauma and psychological impacts for generations.

He reviewed the current data that demonstrates our need to begin preparing for the NEXT pandemic. It is not a matter of “if” there is a next, it is a matter of “when,” he said.

The work underway to prepare for the next pandemic is both impressive and insufficient. In the impressive category, he spotlighted the National Agro- and BioTerrorism Facility in Manhattan, Kansas, a $1.3 billion development anticipated to come online in summer 2022.

In the category of needing improvement, he noted the dozen-plus agencies that are charged with elements of pandemic or agroterrorism response and the lack of coordination between them. He noted a lack of standards in reporting as well as the lack of communication and trust between nations as an impediment to prevention and response.

One critical element of the solution, however, is within grasp of the audience of 200-plus animal health business leaders, veterinarians, researchers and investors attending: collaboration. He described a solution that can come from shared insights between data scientists and virologists, between veterinarians and biotechnologists, population health researchers and geneticists and economists. And more.

He noted other bright spots, including the development of PRRS-resistant pigs and other innovation in sensors

The need is urgent. The issue is transboundary, global in scope. And the clock is ticking. 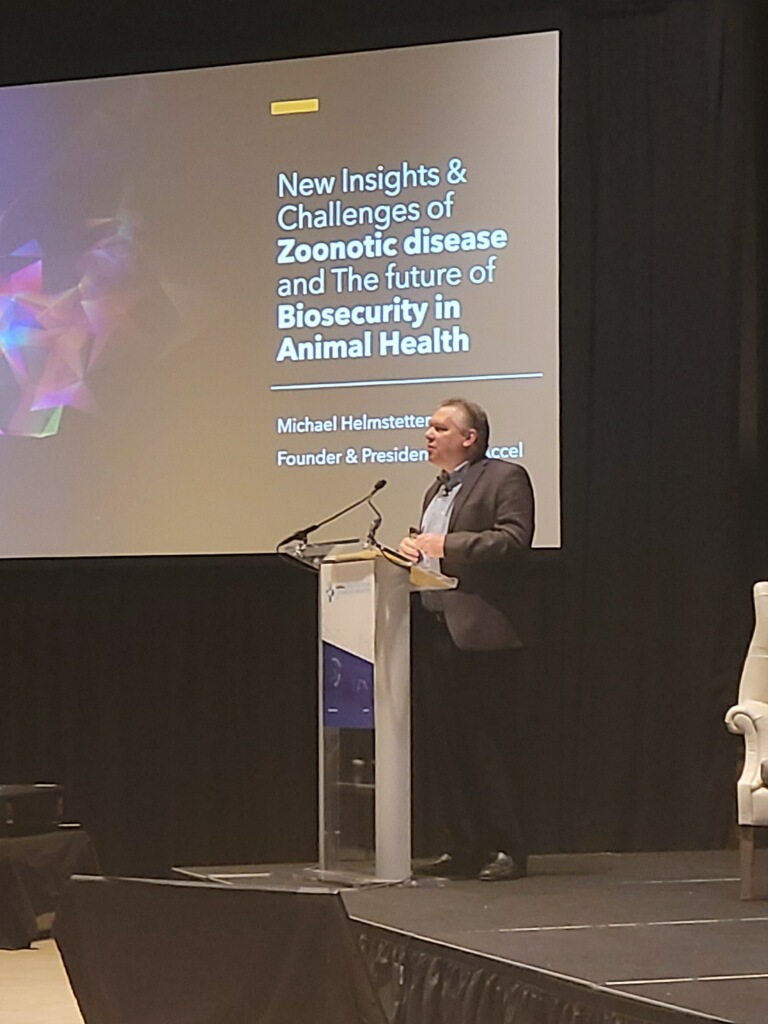