Could the Road to Peace Start at the Farm?

This commentary by TechAccel President and CEO Michael Helmstetter was first published Sept. 29, 2021, at Forbes.

The headlines tell us every day: In 2021, the U.S. farm economy is booming. We face record cash crop receipts in the United States and record agricultural exports. Farm land prices are soaring, up 7 percent over 2020 as of August, and investments in agtech are on a pace to be 70 percent higher than 2020 -- $4.3 billion invested at the mid-year mark. And yet, there’s a downside. 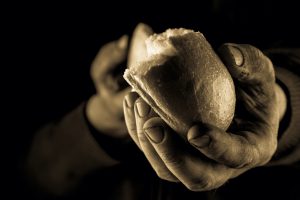 An estimated 957 million people across 93 countries do not have enough to eat. The United Nations Food Systems Summit 2021 put it bluntly: 2021 is going to be a bad year for world hunger. After two months of decline, the Food Price Index (managed by the Food and Agricultural Organization of the United Nations) rebounded upward 3.9 points in August 2021. The August index average of 127.4 points is 32.9 percent higher than last year at the same time.

This means food costs are higher than almost any point in the last six decades, according to FAO. Or as Alastair Smith, senior teaching fellow in global sustainable development at Warwick University, notes in a Bloomberg report: “Food is more expensive today than it has been for the vast majority of modern recorded history.”

As I’ve discussed before, these events parallel the 2011-12 economic scenario of high commodity prices and high volumes of crops. While promising for US producers and investors, the rising prices for food threaten stability in areas facing poverty. Food prices are further driven up by extreme weather, high shipping costs, and labor shortages. Hunger is a roadblock to peace, and as the saying goes, hungry people are dangerous people. Hunger also displaces other economic activity that takes productive capacities away from people’s day-to-day lives.

If we look to history as a guide, we can expect accelerating instability to match inflation and escalating food prices and food insecurity. I’m not the alone; global economists have been sounding the alarm on an unfolding crisis in food insecurity and politicians around the world are trialing subsidies, giveaways and new policies to halt the effect of surging prices and stem unrest.

The season for revolution is springtime. The European political revolutions of 1848 were known as the “People’s Spring.” The Czechoslovakian 1968 uprising was the “Prague Spring.” And in 2011, we saw the “Arab Spring.”

In the Arab Spring, food insecurity was a major catalyst to conflict. The CMI (Chr. Michelson Institute, an independent non-profit research firm that focuses on social issues) noted: “At the end of 2010 and the start of 2011, as protests erupted first in Tunisia and then in Algeria, Yemen, Bahrain, Jordan, and Egypt, the price of food was widely seen as a significant, if not principal, factor in the prompting the unrest.” (Emphasis added.) The report goes on to note that the Food Price Index had been rising since the beginning of 2009, and by the time it peaked in February 2011, the index clocked 68.3 percent increase. And the Cereals Price Index rose an even sharper 75.5 percent in a shorter period, from a low in June 2010 to a high in April 2011.

A second food-related factor was Russia’s ban on exports of wheat and Vietnam and Thailand doing the same with rice, prompting further price spikes in food grains that specifically contributed to an increase of 50 percent in global wheat prices by the end of the year. These facts do not diminish the fervor of the social and political unrest that marked the Arab Spring, making Tahir Square “the epicenter for people’s demands for bread, dignity and justice,” as described by CMI.

Now, 10 years on, the conditions that led to the Arab Spring are again in place. Bloomberg notes international food prices are near their 2011 peaks, leading to the headline: "Arab Spring Redux? Middle East Most Exposed to Food Prices.” In a similar price environment to 2011, some countries are again seeing political moves to reduce exports to mitigate the risk of their own food inflation. This exacerbates the price risks on import-dependent countries and penalizes farmers in exporting nations. Russia has again intervened with a wheat export tax, Kazakhstan and Argentina have been contemplating one, and Argentina recently put a cap on beef exports.

Can we change the trajectory?

The United States has risen to the challenge in the past. Consider the Food for Peace Act, signed into law in 1954 by President Dwight Eisenhower and now part of the regularly renewed Farm Bill, and President John F. Kennedy’s establishment in 1961 of the U.S. Agency for International Development with its Office of Food for Peace. Think of Norman Borlaug, the winner of the 1970 Nobel Peace Prize, who is credited with saving a billion lives thanks to his improved wheat strains that increased yield dramatically and launched the Green Revolution. His willingness to share the technology in collaboration with the world’s farmers, an act of practical humanitarianism, led to the recognition on a global stage.

Dr. Kenneth Quinn, former Ambassador and president emeritus of the World Food Prize Foundation and senior adviser to Roots of Peace, has devoted decades to championing “Peace through Agriculture.” In advocating the role of farmers as diplomats and humanitarians, he is quoted: “The role of agriculture in building peace, promoting peace, is one of the most incredible strengths of that noble profession.”

Just this month, Dr. Elliott Dossou-Yovo, the 2021 recipient of the Norman Borlaug Award for Field Research and Application, raised an important point in his acceptance. “Agriculture is the wisest investment we can make,” he said, “since it will ultimately contribute the most to real wealth, morality and satisfaction. Now more than ever, our collective actions are required.”

“The wisest investment we can make.”

Let’s not lose this chance to let our innovations change the patterns caused by the lack of bread, dignity and justice.